We would like to thank AJ's Alpaca Ranch and Stillmeadow Farm for donating their herdsire’s services to the ARF Super Stud Raffle. 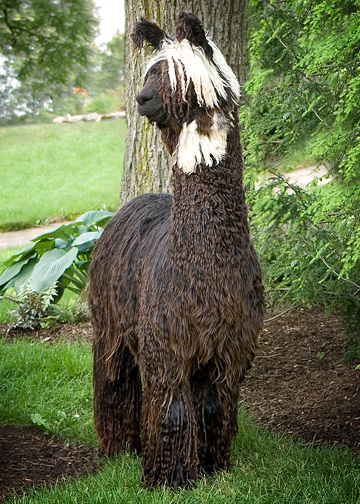 This true black suri out of Kobe of PVA needs no introduction. He is a 10 time Champion including Supreme Champion and Best Suri Head at the 2006 International Alpaca Odyssey. Diamonte is a third generation Champion and has proven himself a producer of Champions. Diamonte’s offspring won more Color Championships at the 2008 AOBA Nationals than any other herdsire, suri or huacaya. Diamonte was awarded Dark Suri Herdsire of the Year Award at The Extreme Progeny Auction!! His offspring brought in the highest overall average of all the dark competing herdsires. He also received Reserve Herdsire of the Year at the 2009 Futurity Show!! His progeny continue to dominate both the show ring and the auction blocks.

Diamonte of PVA is closed to outside breedings. 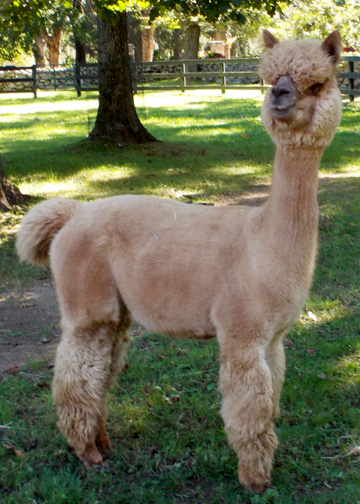 Snowmass Royal Challanger, the 2004 Futurity Color Champion, has proven himself by producing the next generation of elite colored huacaya alpacas. Son of Snowmass Royal Rose, one of the top studs from the North American Alpaca Stud Group, Royal Challanger hails from a long line of “greats” including Hemingway and Bueno. Challanger’s dam, PPPeruvian Edelweis is a grand dam in her own right — a long time producer of champions. Royal Challanger consistently passes on his superior phenotype and fleece attributes to his offspring — superb conformation, awesome coverage, fineness, high-frequency style crimp, long staple length, and beautiful brightness.

Stillmeadow Farm is a 200 acre farm situated in Connecticut on the border of Rhode Island. It is owned by Pamela Brewster. The farm is dedicated to improving the alpaca industry and the quality of its herd. Stillmeadow Farm now owns 6 sires and 30 foundation dames.